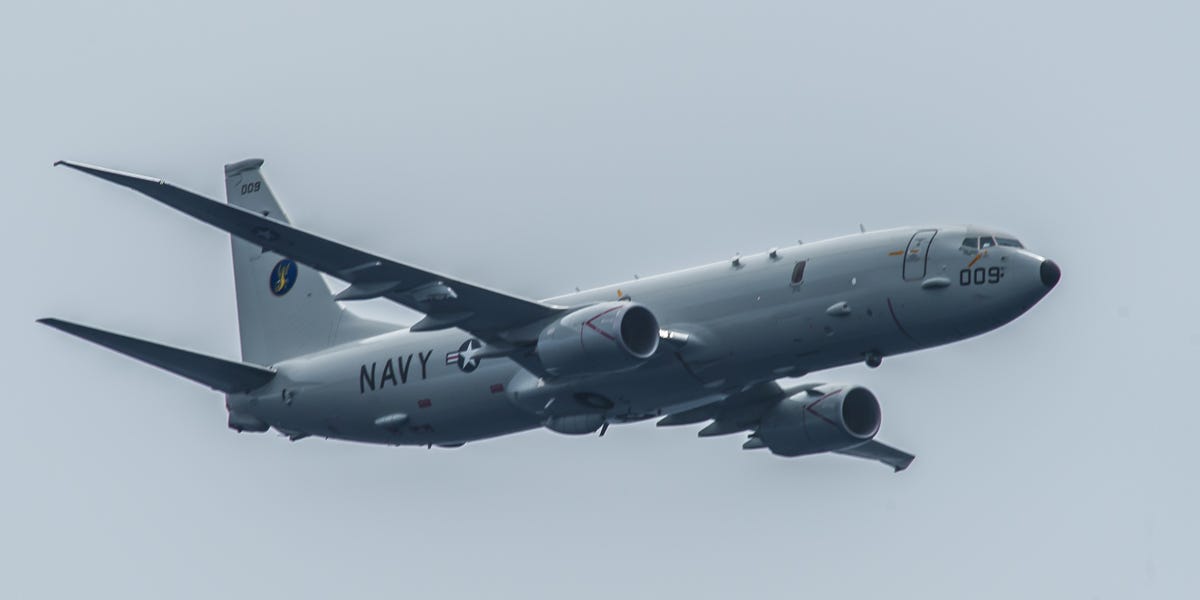 On that day, Cyprus had a NOTAM (Notice To AirMen) for a Russian Navy missile fire exercise off Tartus, Syria.

According to the published schedule, the shootings would take place over several days, including June 19, up to 1500Z (GMT).

At around 1200Z, a P-8A launched from NAS Sigonella, Sicily, under the radio call sign “PS191” (registration unknown) entered the area from the west. The aircraft was on the AE6840 tactical hexagon:

The US Navy’s P-8A maritime patrol and reconnaissance aircraft was in contact with Nicosia ATC. At one point, primary targets were observed by Nicosia in the danger zone. Most likely, rockets fired from naval ships. Russia has a strong presence in the Tartus naval base and has also recently “strengthened the capacity of the base”.

Several military exercises are taking place in the waters off Tartous, as the TASS news agency recently reported.

In addition, during the time that the P-8 was “stationed”, the Israeli danger zone LCD46 was activated, most likely to take a look at Russian gunnery activity.

The full recording can be listened to here:

Tracking data places them on the eastern side of the danger zone, flying along the coast. From this position, they were the first line witnesses to what the Russian Navy was shooting. Around 1500Z, they left the area to the southwest.

Dealing with the P-8A, these planes regularly carry out ISR (intelligence, surveillance, reconnaissance) missions across the Mediterranean.

As explained in a previous post: “These assets are much more than MPAs (Maritime Patrol Aircraft): they are multi-mission platforms that can gather valuable intelligence using a wide range of sensors. Among these is an Advanced Airborne Sensor (a side-mounted AESA radar that can offer 360-degree sweep over targets on land or coastal areas, and which has potential applications as a jamming or even cyber-warfare platform according to Northrop. Grumman); an APY-10 multimode synthetic aperture radar; an MX-20 electro-optical / infrared turrets for short-range research; and an ALQ-240 Electronic Support Measures (ESM) suite capable of geotagging and tracking enemy radar transmitters. Additionally, all sensors contribute to a single, merged tactical situational display, which is then shared over standard military and Internet Protocol data links, enabling seamless transmission of information between US and coalition forces. “

With that in mind, US Navy P-8s operating out of Sigonalla can be routinely tracked online using their ADS-B / Mode-S transponders orbiting off Syria (where a tense close encounter with two Su-35s took place), fly over the Black Sea near Crimea or hunt Russian Navy submarines and warships in the western Mediterranean Sea around Gibraltair.

They have also been spotted off Libya recently. The OSINT analysis on their routes always provides interesting information about their missions.

A big “Thanks” to our friend Arjen Peters for providing all the details on the interesting mission. Make sure to follow him on Twitter here.