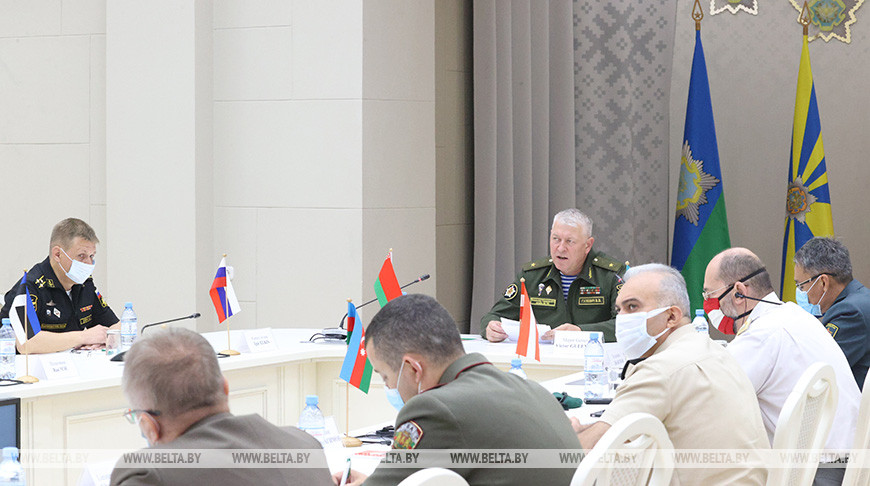 MINSK, August 5 (BelTA) – Belarusian-Russian strategic exercise Zapad 2021 [West 2021] does not threaten Europe and neighboring countries, BelTA learned from the Chief of the General Staff of the Armed Forces, First Deputy Defense Minister of Belarus, Viktor Gulevich, during a press briefing on August 5 .

Viktor Gulevich said: “The Belarusian-Russian army’s upcoming exercise Zapad 2021 is purely defensive. Its organization does not represent a threat to the European community as a whole and to neighboring countries in particular. This will allow us to improve the procedure for the joint use of defensive infrastructure in practice. This will allow us to verify the readiness and capacity of the regional military force to carry out missions.

After the end of the exercise, until September 30, Belarusian military personnel, weapons, military and special equipment will return to their permanent stations while Russian troops leave Belarusian territory.

The Belarusian-Russian strategic military exercise Zapad 2021 is planned and represents the final stage of the joint training of the Belarusian and Russian armed forces this year. It is primarily designed to increase the training levels of the Regional Military Group, which aims to provide security in the Eastern European region.

According to the training plan, the exercise will take place in Belarus and in nine army exercise areas in Russia (Kirillovsky, Strugi Krasnyye, Mulino, Pogonovo, Khmelevka, Pravdinsky, Dobrovolsky, Dorogobuzh, Volsky) from 10 to September 16. The concept of the exercise was developed taking into account modern approaches to the deployment of forces (troops) based on the experience of recent armed conflicts, combat training events and the forms and methods of troop deployment. , which were developed by the Belarusian army and the Russian.